New Research: People are Leaving SF, But Not California 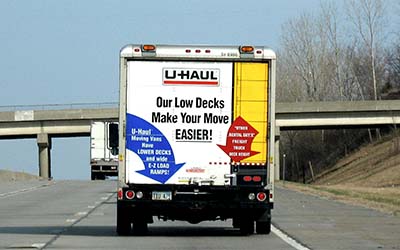 April 14th, 2022 update: The research team has identified an error in how some 2020 domestic entrances to California were calculated. In particular, data and figures reflecting single-year changes, between 2019 and 2020, potentially understate new entrants to the state. Please see the April 2022 errata for more details. This policy brief will be updated as soon as corrected estimates are available.

The estimates of entrances to California in the press release below are inaccurate. Please refer to the errata which is linked in the paragraph above.

Berkeley, CA, March 4, 2021 — New research released today by the nonpartisan California Policy Lab finds that contrary to suggestions about a mass exodus from California, most moves in 2020 happened within the state. Exits from California in 2020 largely mirrored historical patterns, while the biggest statewide change was a decrease in people moving into California. Using a new dataset of quarterly credit bureau data, the research team analyzed where Californians from each county moved after the pandemic struck in March 2020.

“While a mass exodus from California clearly didn’t happen in 2020, the pandemic did change some historical patterns, for example, fewer people moved into the state to replace those who left,” explains author Natalie Holmes, a Research Fellow at the California Policy Lab and a graduate student at the Goldman School of Public Policy at UC Berkeley. “At the county level, however, San Francisco is experiencing a unique and dramatic exodus, which is causing 50% or 100% increases in Bay Area in-migration for some counties in the Sierras.”

“Some folks seem to be worried about the tax implications of wealthy individuals leaving the state, but we don’t yet see any dramatic evidence that rich households are fleeing California en masse,” comments Evan White, Executive Director of the California Policy Lab at UC Berkeley. “Unfortunately, because the state relies heavily on income taxes on the uber-wealthy, the departure of even small numbers of wealthy people could negatively impact revenues if they aren’t replaced with new entrants.”

This is the first published analysis using a new dataset of quarterly credit and residency information that CPL will use to inform the state’s understanding of mobility, wildfire impacts, financial well-being, and student loans.

Key Research Findings
1. The share of movers that leave the state has grown slightly since 2015, from 16% to 18%, a trend that continued in 2020 with no marked increase.
2. Historically, the number of people leaving California tracks the number of people entering California, but this pattern deviated in Q4 2020, when 267,000 people left the state and only 128,000 entered.
3. There is no evidence that wealthy households are leaving the state en masse. Their rates of exit track trends in less wealthy areas.
4. Net exits from San Francisco from the end of March to the end of the year increased 649% as compared to the same period in 2019, from 5,200 net exits to 38,800.
5. Approximately two-thirds of people who moved out of San Francisco remained within the 11-county Bay Area economic region, and 80% remained in California.
6. Counties in the Sierra Nevada mountains and other parts of northern California saw huge increases in entrances by former Bay Area residents, with 50% and in some cases 100%+ more in-migrants in 2020 as compared to 2019.

Additional Background
This analysis uses the University of California Consumer Credit Panel (UC-CCP), a new dataset created through a partnership between the California Policy Lab, the Student Borrower Protection Center, and the Student Loan Law Initiative. The UC-CCP consists of data from Experian, and contains longitudinal information about adults with a credit history who have lived in California since 2004. Data includes each person’s ZIP code of residence, as reported by creditors, and credit information at a quarterly frequency. We define moves as changes in ZIP codes from one quarter to the next. The analysis is focused on reported moves (defined as the date when that move is reported to financial institutions and shows up in the dataset), which we expect to lag behind actual moves. More information about methodology is included in the report.

The California Policy Lab creates data-driven insights for the public good. Our mission is to partner with California’s state and local governments to generate scientific evidence that solves California’s most urgent problems, including homelessness, poverty, crime, and education inequality. We facilitate close working partnerships between policymakers and researchers at the University of California to help evaluate and improve public programs through empirical research and technical assistance.