December 21st, 2020 Analysis of Unemployment Insurance Claims in California During the COVID-19 Pandemic

PRESS RELEASE: New Analysis: California’s Recovery Has Been Slow, Especially in Low-Income Communities and Communities of Color Where Unemployed Workers Were Less Likely to Collect Benefits 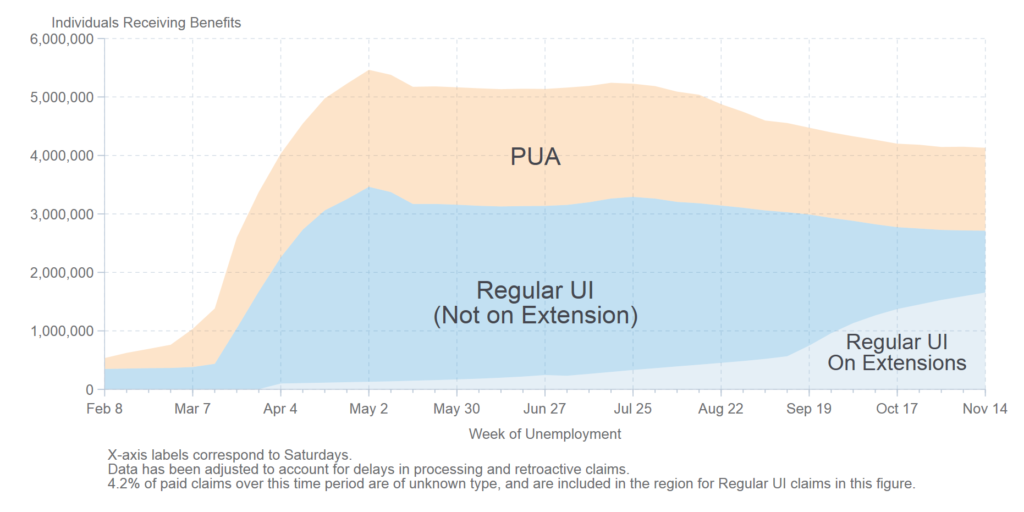 2. For the first time, we are able to count the number of UI Claimants at the neighborhood level. Doing so reveals a slower rate of recovery in poorer neighborhoods, as well as those with more COVID cases. These findings are consistent with a growing body of research that finds that economic recovery has been slower for lower-income workers, foreshadowing a potential “K-shaped” recovery.

California: Recent Recovery Index: This index measures how well communities have recovered, as measured by the number of people claiming UI benefits in the last week of October as compared to the peak of the crisis in mid-May. A score of 100 means a community had returned to pre-crisis levels of people claiming UI, whereas a score of 0 means a community has the same number of people claiming as it did in mid-May. (Clicking the image below will open an interactive map in a new tab, which may take a minute to load depending on your computer and internet connection.) 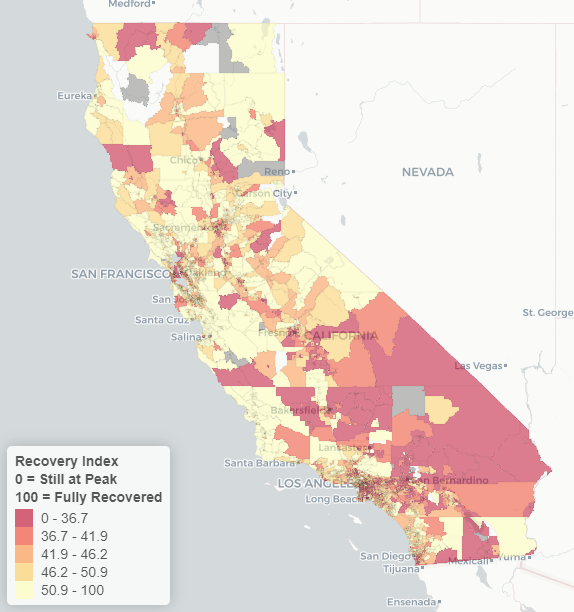 Notes: For this map, the Recovery Index was top-coded at 100%. See full report for detailed definition.

Notes: Percent of labor force or unemployed receiving benefits are averages over June and July CPS weeks. Recovery Index uses more recent data from October, as described in the report.

California: June/July Claims (clicking the image below will open an interactive map in a new tab, which may take a moment to load depending on your computer and internet connection) 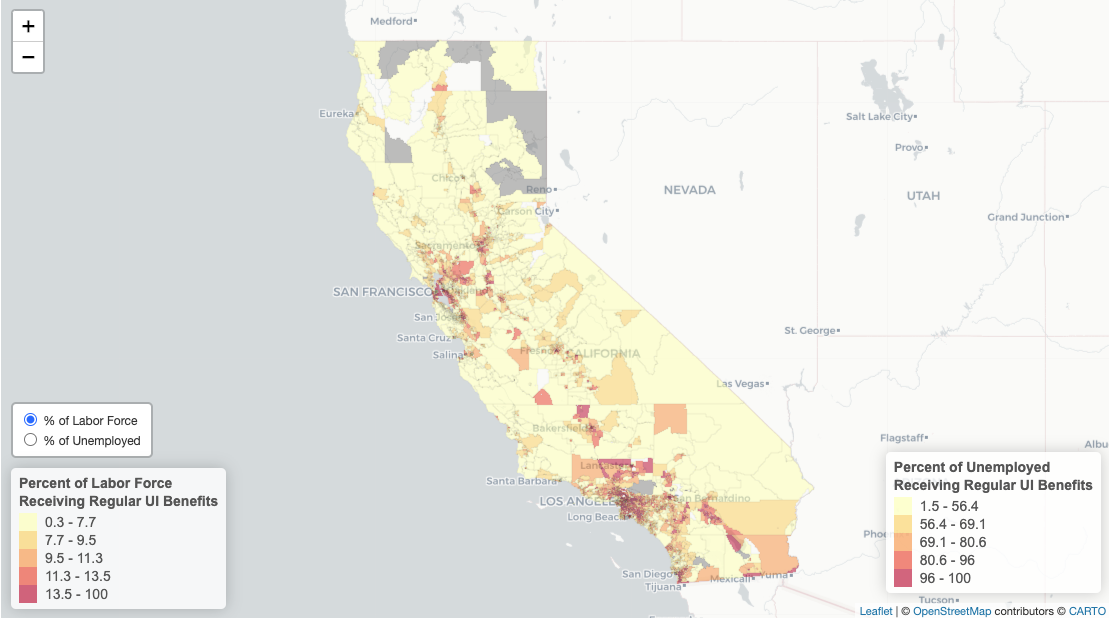 Notes: Percent of labor force or unemployed receiving benefits are averages over June and July CPS weeks. Recovery Index uses more recent data from October, as described in the report.

3. Residents of already-disadvantaged neighborhoods were least insured against the job losses of the pandemic. Unemployed people in communities of concentrated poverty and with higher shares of racial and ethnic minorities have been less likely to receive regular UI benefits. Descriptive analysis across California’s 8,000 Census tracts suggests that a variety of channels – including legal work authorization, language, and the technological divide – may play a role in some unemployed workers not being able to access UI benefits during the pandemic. Further research is urgently needed to better understand what factors have contributed to these patterns. Although the focus of our analysis is on regular UI, preliminary results suggest that claims under the PUA program have also shown similar geographic patterns. 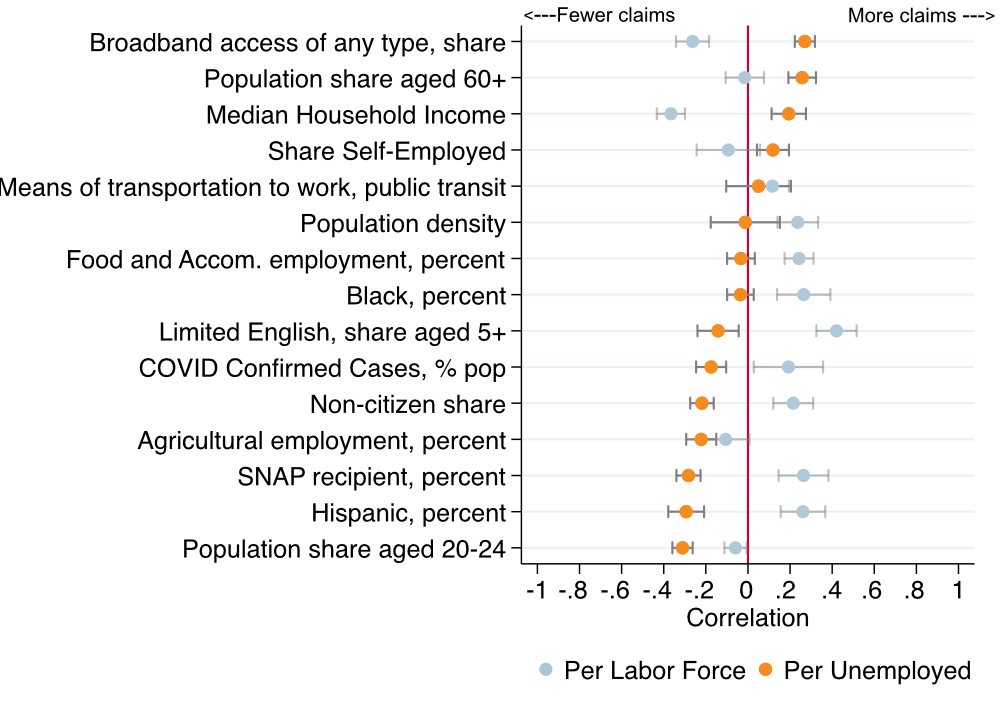