Outreach to California College Students Encouraged Them to Apply for CalFresh 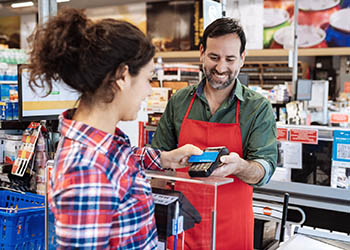 In response to the pandemic, Congress permitted a temporary expansion to college student eligibility for SNAP (Supplemental Nutrition Assistance Program), or CalFresh as it is known in California. The expansion went into effect in January 2021 and will last through the end of the federal public health emergency. The California Department of Social Services (CDSS) and the California Student Aid Commission (CSAC) partnered with The People Lab (TPL) and the California Policy Lab (CPL) on two randomized experiments to evaluate whether outreach about this policy change could increase the number of students who applied for and eventually enrolled in CalFresh. One experiment, conducted in February and March 2021, tested the impact of email outreach. The second, conducted in June 2021, tested the relative effectiveness of different messages and modes of communication on the same group of students who were newly eligible.

Results from the first experiment (focused only on emails): An email from the California Student Aid Commission led roughly 2–3% of recipients to apply for benefits through GetCalFresh.org within a week of receiving the email. The increase in applications translated into an increase in CalFresh enrollment of 1.5 to 2.5 percentage points. Effects were even larger for students who received a second follow-up email.

Figure: Cumulative effect of receiving the treatment on the probability of having applied for CalFresh

Results from the second experiment (focused on emails vs. emails and postcards and testing changes to the language of the communications – for example, de-stigmatizing, simplified, and “enough benefits for everyone.”) The method of communication had a large impact on application rates: 2.9% of students who were only sent an email submitted an application for CalFresh compared to 4.9% of students who were sent an email and a postcard — a 69% increase. Simplifying the content of the communication also yielded a small increase in application rates, but other variations in message content had no meaningful effect. 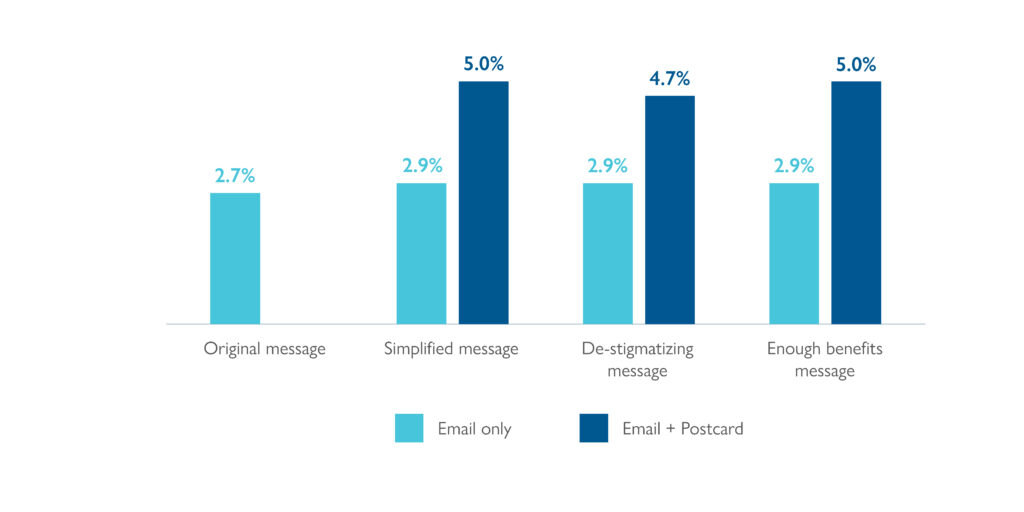 Postcard Example: “Enough benefits” version aims to address fears that enrolling in CalFresh would mean somebody else wouldn’t also be able to get benefits, or that other students are “more deserving.” 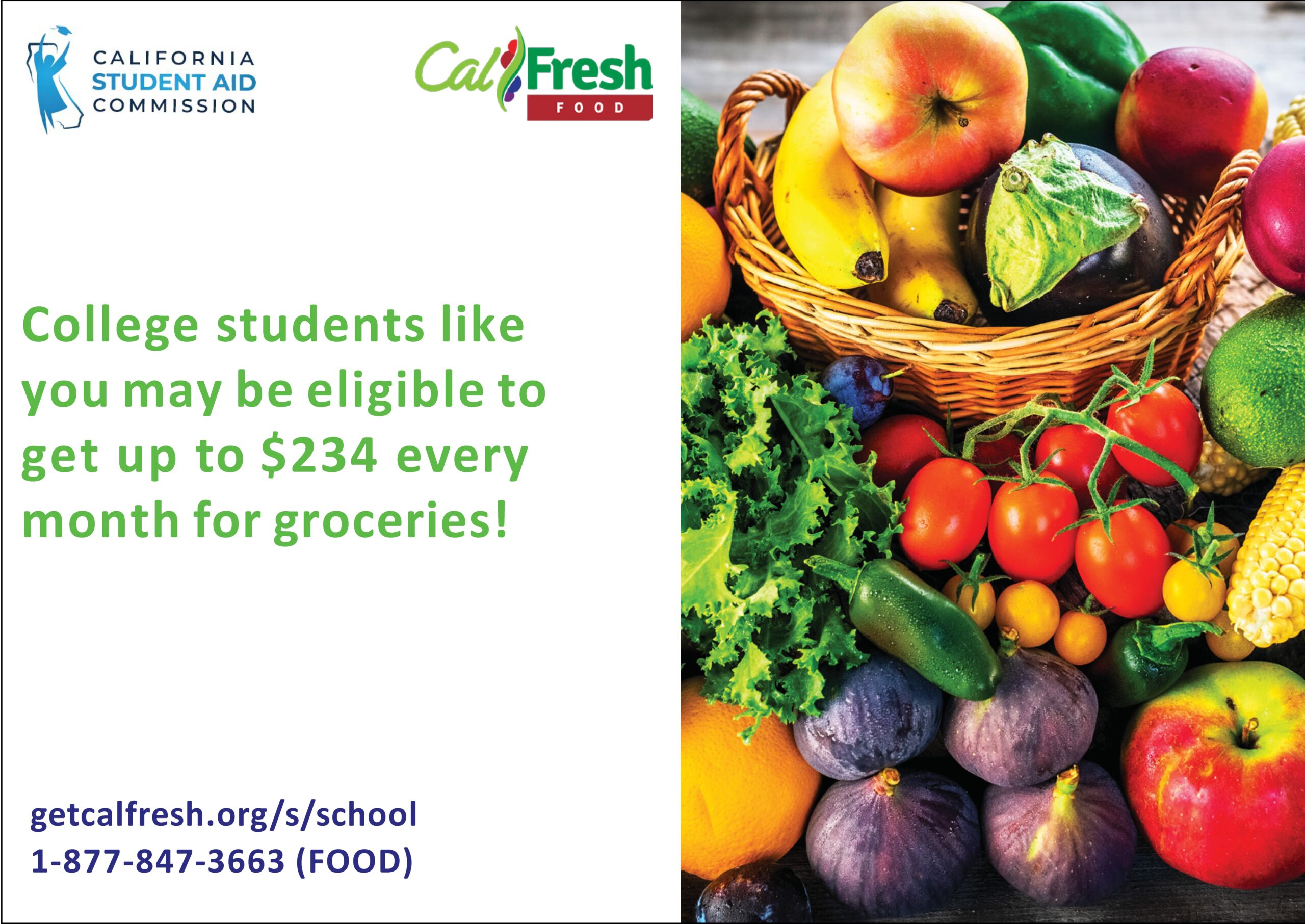 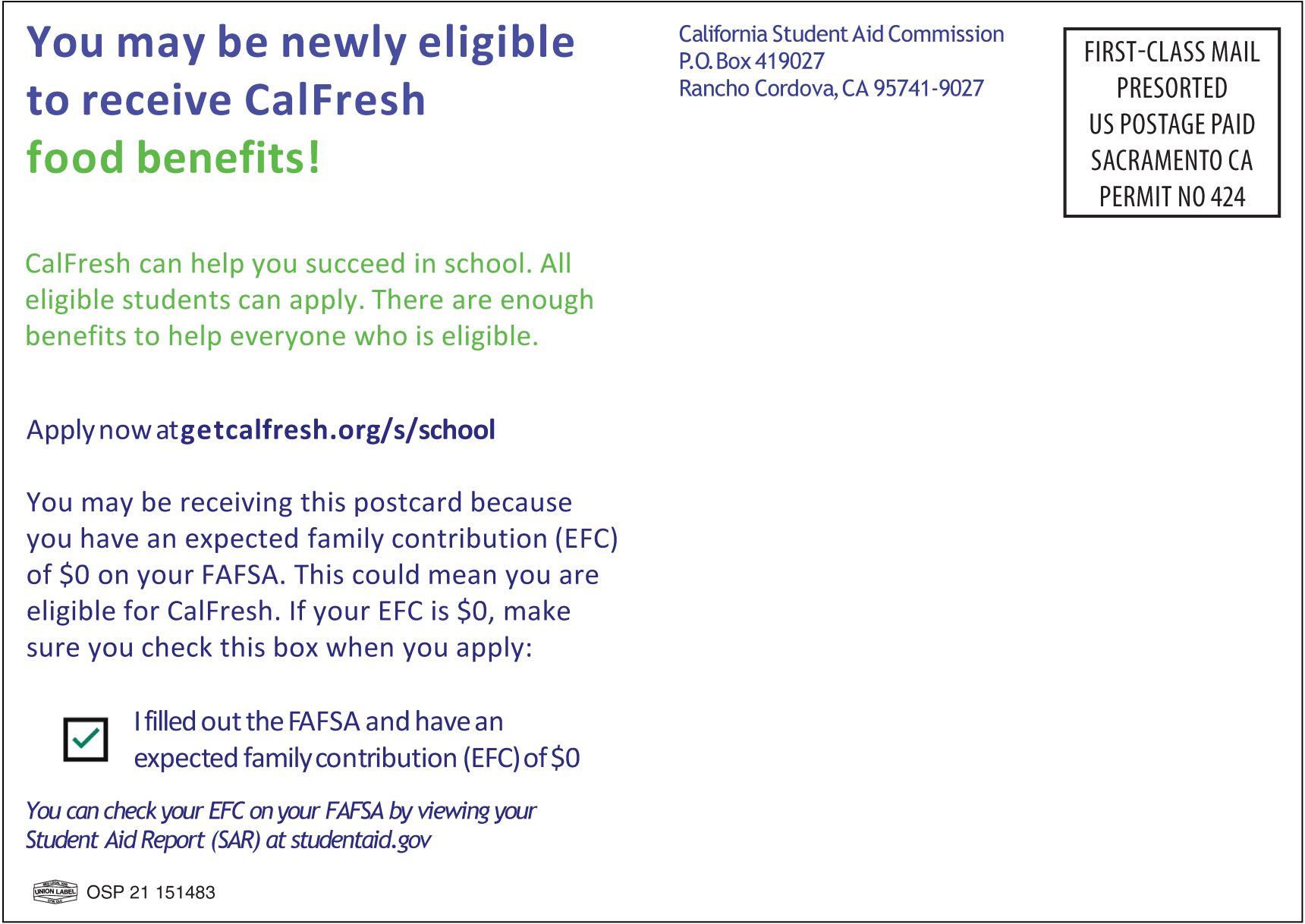