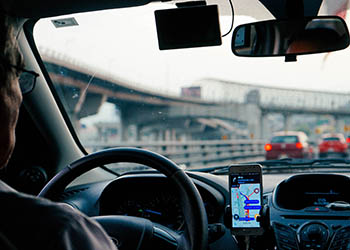 “The pandemic made it clear that we need to better understand this sector of the economy, especially as it relates to worker protections and worker supports like unemployment insurance,” explains co-author Jesse Rothstein, Chancellor’s Professor of Public Policy and Economics at UC Berkeley, and the faculty director of the California Policy Lab’s UC Berkeley site. “The framework and methodology we use in this research would be very helpful in future research to better understand this sector.”

● Independent Contracting in California: An Analysis of Trends and Characteristics Using Tax Data, a policy report that presents a broad set of findings about the characteristics of independent contracting in California for workers age 18-80; and
● The “Gig Economy” and Independent Contracting: Evidence from California Tax Data, a working paper that provides more detail about the definitions, data and methodology of the research and an analysis on the prevalence and trends in independent contracting.

“With new laws and an economy that’s constantly changing, it’s important to understand what role independent contracting plays within California’s economy,” adds co-author Annette Bernhardt, director of the Technology and Work Program at the UC Berkeley Labor Center. “Future research can shed light on how independent contracting and working for on-demand platforms has changed since the start of the pandemic and the passage of AB5.”

● Workers who relied exclusively on independent contracting for their income tended to be older, married, and live in lower-income households, compared to other workers, and had low earnings on average. Around half lived in a household with an adjusted gross income in the lowest quartile — double the rate of workers who only rely on traditional W2 work and workers who combine traditional W2 and independent contracting work.

Because of data limitations, the study was not able to identify the misclassification of employees as independent contractors.

Founded in 1964, the UC Berkeley Labor Center works to address the most critical challenges affecting working families in California and across the nation. The Center provides timely, policy-relevant research on labor and employment issues and carries out training and education programs for labor leaders and students.