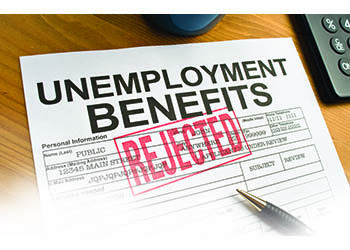 Sacramento, December 1st, 2022 — A new report by the nonpartisan California Policy Lab (CPL) shows that when extended unemployment insurance (UI) benefits were terminated in 2021, it led to a dramatic decrease in the number of workers who were receiving unemployment benefits but did not meaningfully increase the number of people who became employed. The report focuses on Pandemic Emergency Unemployment Compensation (PEUC), one of several supplemental UI programs Congress implemented in March 2020. PEUC provided additional weeks of unemployment benefits to workers after they had exhausted their regular UI benefits.

In the summer of 2021, governors in 18 states terminated PEUC early, citing concerns that unemployed workers were refusing to return to work because of PEUC and other supplemental UI benefits. However, the researchers found that the primary effect of the early turn offs was to lower the share of unemployed that receive unemployment checks, depriving jobless workers of financial assistance and limiting the ability of the UI program to bolster the economy. In contrast, the research found no appreciable increases in employment following the sharp benefit cutoffs. The results from the research can guide policymakers in decision-making about the timing, duration, and impacts of providing extended benefits in future recessions.

The report also focuses on California, which did not terminate the supplemental UI benefits early. However, because a large share of unemployed Californians was receiving unemployment benefits (a measure known as the recipiency rate) when PEUC ended in September 2021, it had an especially dramatic impact. In August 2021, 74% of unemployed California workers were receiving unemployment benefits, but by October, a month after PEUC terminated, that share had fallen to 26%.

By using California data, the researchers were also able to analyze how the turnoff of PEUC benefits affected equity in the UI program. Using this unique source of information, they found that already vulnerable workers were the most likely to be impacted when PEUC terminated in California, including women workers, less-educated workers, older workers, and Black workers.

“Congress’ significant expansion of unemployment benefits played a key role in stabilizing workers, families, and the economy during the pandemic,” explains Till von Wachter, a co-author of the report, UCLA economics professor, and faculty director at the California Policy Lab’s UCLA site. “This report adds to our understanding of the role that programs like PEUC played in terms of economic stimulus, providing UI benefits to workers who had exhausted their regular benefits, and in thinking about the equity implications of who is most impacted when UI programs end and workers stop receiving UI benefits.”

Key Research Findings
• The turnoffs of pandemic UI expansions led to a 22-percentage point decline in the fraction of unemployed workers who received unemployment benefits. Approximately 3.1 million Americans lost access to UI benefits without finding jobs as a result of the turnoffs.
• The 2021 benefit expirations led to much larger absolute reductions in UI coverage than the Great Recession cliff. At the final turnoff of the Great Recession UI extensions, recipiency declined by 8 percentage points, compared to the 22-percentage point drop in 2021.
• The expiration of benefits spurred little immediate return to work. Instead, the research results suggest that the majority of workers who stopped receiving UI benefits did not find jobs in the ensuing months.
• California saw a 48-percentage point decline in the fraction of unemployed workers who received unemployment benefits.
• In California, Black claimants were disproportionately impacted by the expiration of PEUC. PEUC claimants were 4% more likely to be Black, as compared to regular UI claimants.
• White, Hispanic, and Asian American claimants were all less likely to be receiving PEUC benefits compared to regular UI benefits.
• Impacts were also more pronounced in California among women, older and less educated claimants, and retail and food service workers. PEUC claimants were more likely to hold only a high school diploma compared to regular UI claimants, and PEUC claimants were also less likely to hold a bachelor’s or advanced degree. More women than men were receiving PEUC benefits when it ended. Additionally, PEUC claimants were about 34% more likely to be over the age of 64 compared to regular UI claimants.
• States that opted for early termination of UI expansions lost out on fiscal stimulus. If these states had not opted out early, the authors project total government expenditures would have been between $4.1 billion and $7.7 billion higher, of which 53% would have come from states and 47% from the federal government. A back-of-the-envelope calculation suggests the additional stimulus could have increased national GDP in the third quarter of 2021 by between 0.11% to 0.25%.

###
The California Policy Lab creates data-driven insights for the public good. Our mission is to partner with California’s state and local governments to generate scientific evidence that solves California’s most urgent problems, including homelessness, poverty, criminal justice reform, and education inequality. We facilitate close working partnerships between policymakers and researchers at the University of California to help evaluate and improve public programs through empirical research and technical assistance.