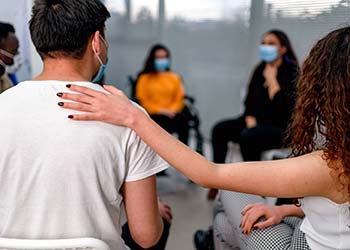 San Francisco, January 27thth — A new policy brief from the nonpartisan California Policy Lab (CPL) finds that a juvenile restorative justice program that serves as an alternative to traditional criminal justice processing resulted in a 30 percent reduction in recidivism over four years. The researchers focused on Make-it-Right (MIR), a diversion program run by the San Francisco District Attorney’s office that gives juveniles an opportunity to make amends instead of being charged by the prosecutor. The program is only available to youth who would otherwise be charged with certain felony offenses, like burglary. Youth given the opportunity to participate in MIR had a substantially lower likelihood of being rearrested than similarly situated youth who were prosecuted in the traditional juvenile justice system.

Through this program, the youth and their families take part in a facilitated meeting with the person the youth harmed, and develop a plan to address the harm. This could include formal letters of apology, paying restitution, community service, and/or tailored actions of good faith. If the youth completes the actions agreed to in the plan, the San Francisco District Attorney’s Office does not file charges against them.

To understand if this program could help reduce recidivism, former San Francisco District Attorney George Gascón implemented a randomized control trial (RCT) from October 2013 to May 2019 and the office partnered with CPL to analyze the results. RCTs are considered the gold standard, as used in medical trials. The MIR program continued after the RCT ended and District Attorney Chesa Boudin expanded eligibility for the program after he took office in 2020.

Make-it-Right leads to significant declines in rearrest. The rearrest rates for youth in the treatment group is approximately 20 percentage points lower than the control group at six months (24% compared to 43%), and this difference is present both in the short-run (after one year) as well as in the long-run (after four years).

“The results from this program are striking,” comments Alissa Skog, a report co-author and Senior Research Associate at the California Policy Lab. “Creating this opportunity to make amends is not only good for those individuals who had the charges dropped and who were less likely to be arrested again, it also paid big societal dividends in terms of keeping youth out of the justice system.”

Additional Background
The opportunity to participate in the MIR program was provided to randomly selected youth ages 13 to 17 who were facing felony charges of medium severity (e.g., burglary, assault). Eligible juveniles that were not randomized into the program served as a control group where they faced standard criminal prosecution. In total, 143 cases were deemed eligible to participate between 2013 and 2019, and 99 cases were randomly referred to MIR while 44 cases were randomly referred to face traditional prosecution. Not all youth who were given the option to enroll did end up enrolling, nor did all youth complete the program. Overall, 52.5% of youth given the opportunity to participate in the program completed it and did not face prosecution as a result. Youth who did not enroll or complete the program were referred back to the San Francisco District Attorney’s office for standard case processing.

The MIR program is still active in San Francisco. Since the conclusion of the research experiment, the program has expanded to include people up to 25 years old and increased the list of eligible charges.

This policy brief is based on a longer working paper: Can Restorative Justice Conferencing Reduce Recidivism? Evidence From the Make-it-Right Program

The Make-it-Right program is a partnership of the San Francisco District Attorney’s Office, the San Francisco Juvenile Probation Department, and nonprofits Community Works, which facilitates the restorative justice conference and agreement development, and Huckleberry Youth Programs, which monitors the implementation of agreements between youth and the people they impacted.