Report: Over half a million eligible Californians missed out on the CalEITC in 2017 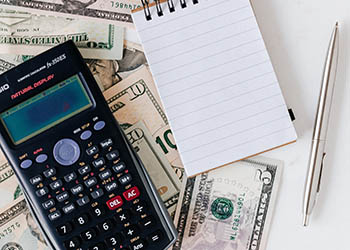 Berkeley, CA, July 14th, 2021 — A new report from the nonpartisan California Policy Lab finds that a state tax credit that’s supposed to provide financial support to low-income Californians didn’t reach hundreds of thousands of people who were eligible for it. Researchers produced the first ever estimate of CalEITC take-up by analyzing enrollment data for the state’s food stamp program (CalFresh) to determine how many CalFresh enrollees were also eligible for the California Earned Income Tax Credit (CalEITC). They then compared that data to tax filing data to see how many actually claimed the credit. Similar to the federal Earned Income Tax Credit, Californians must file taxes in order to claim the credit; however, many of the people who are eligible for the CalEITC may not file a return because their incomes are below filing requirements.

“California began offering the CalEITC in 2015 to better support low-income Californians, but it clearly isn’t reaching some of the people who could benefit the most from it,” explains Matt Unrath, a co-author of the report, and a research fellow at the California Policy Lab at UC Berkeley. “As the state increasingly relies on tax filing to deliver benefits to low-income Californians, it should pay special attention to the lowest-income families—who are at highest risk of not receiving this assistance because they do not regularly file a state return. While our research uncovered a significant gap, it also highlights a unique opportunity for the state to engage these Californians and help them receive unclaimed past CalEITC credits, as well as other credits worth thousands of dollars that are also administered through the tax code.”

Key Research Findings
• The take-up gap includes filers and non-filers. Two-thirds of CalFresh enrollees who did not receive the CalEITC missed out on it because they did not file a state tax return—but 150,000 did not receive the credit even though they had filed taxes.
• Single adults without dependents and households with earned income under $5,000 were the least likely to claim the credit.
• CalFresh enrollees identified as Hispanic in the CalFresh data make up almost half (43%) of all non-claimants.
• Of the 150,000 eligible families who filed a state return but did not claim the CalEITC, 66% used a paid, in-person tax-preparation service.

Because the credit has become more valuable and available to more Californians since 2017, the researchers outline different scenarios of how the Take-up Gap may have changed in later years. If the take-up rate remained at 53%, then approximately $90 million in credits would be unclaimed in 2020 (a $14 million increase from 2017). In order for the 2020 take-up gap to have stayed at the 2017 level of roughly half a million households missing out on $76 million, the CalEITC take-up rate would have needed to increase by 15%.

California Policy Lab Recommendations to Close the CalEITC Take-up Gap:
1. Under state law, Californians can claim up to four years of past credits. A one-time push by the state to get non-claiming households to file their taxes in order to claim the CalEITC could pay significant dividends for these families. These families might also be eligible to receive the new Golden State Stimulus if they file a return and claim the CalEITC. If families hadn’t filed a federal tax return in either of the last two years, they may also be eligible for other assistance, including $3,200 in federal stimulus payments and up to $3,600 from the newly expanded Child Tax Credit.
2. California should build on its prior and current efforts to send amended returns to filing non-claimants.
3. California should explore whether existing administrative data (like enrollment information in safety net programs such as CalFresh) could be used to simplify state tax filing for non-filers.
4. California should use existing “touchpoints” in safety net programs (like eligibility verifications) to determine if people are eligible for the CalEITC, if additional eligibility information is needed, and could also then connect these Californians to resources like free tax preparation services.

Additional Research Findings
• Almost 80% of adults in the CalEITC Take-up Gap who are identified as Black, Alaskan Native, or American Indian did not receive the CalEITC because they did not file their taxes — 14 percentage points above the average non-filing rate among non-claimers.
• While households with children represent only 22% of all non-claimants in 2017, because their average credits are higher, they represented over two-thirds of all unclaimed CalEITC dollars.
• Among eligible households who claimed the federal EITC, but not the CalEITC, nearly all (92%) used an in-person, paid tax preparer.