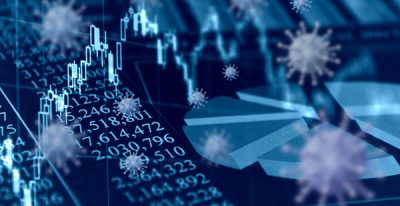 Berkeley, April 9, 2020 – A new research project will equip policymakers with more timely snapshots of how workers at small and medium-sized businesses throughout the country are being impacted by COVID-19. While most labor data sources lag by at least a few weeks, data from Homebase, a scheduling and time clock software company, is updated on a daily basis, allowing researchers to provide rapid response analysis. The researchers are from the Rustandy Center for Social Sector Innovation at the University of Chicago’s Booth School of Business and the University of Chicago Poverty Lab at the Harris School of Public Policy, as well as the Institute for Research on Labor and Employment and the California Policy Lab at the University of California, Berkeley.

Researchers are analyzing daily timecard data for nearly 40,000 small businesses in the United States, tracking changes in hours worked before and after the COVID-19 crisis began. They will post frequent updates to measure how the impact is spreading across the country, geographically and by industry, and how it evolves in response to state and local social distancing guidelines and orders.

The initial key research findings, based on data from January 1st through March 28th, when city and state business shutdowns were increasing, include:

• By March 22nd: 40% of Homebase’s clients, predominantly small and medium-sized firms, had shut down, at least temporarily. By the week of March 22nd, 91% of firms had fewer hours as compared to late January.

• Hourly reductions vary by industry and essential vs. non-essential workers. The largest reductions in hours were in Beauty and Personal Care and in Leisure and Entertainment, where hours declined over 90%. The smallest hour reductions were in industries like Home and Repair and Transportation, though even those industries saw reductions of about 50%.

“Hourly workers tend to be the most vulnerable during an economic downturn like this. Understanding how they’re being affected is critical for policymakers who are considering how to better support this workforce,” explains Jesse Rothstein, a public policy and economics professor at the University of California, Berkeley, and director of the Institute for Research on Labor and Employment (IRLE) and the California Policy Lab.

“What is distinctive about the research is that we will have access to real time data by industry and state that will help inform policymakers at every level about the key steps that must be taken to ensure the future viability of small businesses and their employees,” says Marianne Bertrand, Chris P. Dialynas Distinguished Service Professor of Economics at Chicago Booth and faculty director at the Rustandy Center for Social Sector Innovation and at UChicago Poverty Lab.

About UChicago Poverty Lab
Founded in 2015, The University of Chicago Poverty Lab conducts rigorous experimental studies that lead to greater economic opportunity for communities that have been harmed by disinvestment and segregation. The lab partners with policymakers, community-based organizations and others to identify their most urgent and pressing challenges, co-generate evidence about what works, and translate findings into policy changes that reduce urban poverty and improve people’s lives. One of five Urban Labs based at the Harris School of Public Policy, the Poverty Lab is led by Pritzker Director Marianne Bertrand, Chris P. Dialynas Distinguished Service Professor of Economics at the Booth School of Business.