New Research: Prop 25 Would Lead to More People Being Released Before Their Arraignments 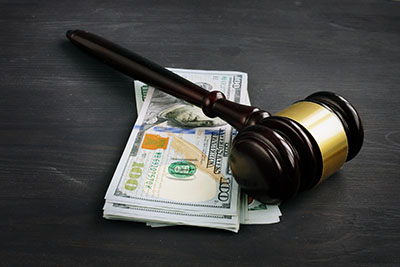 Editor’s note: The analysis referenced below was published prior to the November 2020 election. In November 2020, California voters defeated Proposition 25, and as a result, SB 10, a 2018 law that would have replaced cash bail in California with risk-based assessments will not go into effect. However, on August 26, 2020, the California Supreme Court upheld Part III of the Court of Appeals Humphrey decision (2018), which requires judges to consider an individual’s ability to pay when setting bail amounts.

San Francisco, CA, October 20, 2020 — A new report from the California Policy Lab at UC Berkeley finds that a greater number of people booked into custody in California would be released before their arraignments if California voters approve Proposition 25 in November and bail reform is implemented state-wide.

Prop 25 is a referendum on this year’s ballot that would decide the fate of Senate Bill 10 (SB 10), an act passed by the California legislature to eliminate cash bail. The new study investigates one key point of contention on the proposition, which is whether it would increase or decrease pretrial incarceration, focusing on the impact on releases prior to arraignment.

The researchers reviewed all new cases that were booked into jail in Sonoma and San Francisco Counties in 2017 and 2018 and then compared the actual custody outcomes to what would have happened instead if bail reform had been in effect during that same period. By comparing two counties with different pretrial release policies, the researchers hope to provide insights into how pretrial release could change in California. Using detailed, case-level data from each county, the study provides data-driven predictions about what would happen in the absence of cash bail.

“When we applied the release guidelines from the new law to all of the cases in these two counties, we found that overall, more people would have been released prior to arraignment,” explains Alissa Skog, a co-author of the report and senior research associate at the California Policy Lab. “Further, the overall increase in pre-arraignment release under Prop 25 is driven by an increase in releases for low-risk individuals.”

“Based on our research, we expect to see increases in releases prior to arraignment even in counties that have already implemented some of the reforms in advance. The scale of releases will depend on the decisions that stakeholders, particularly prosecutors, make in each county as they implement the law,” added Dr. Johanna Lacoe, a co-author of the report and research director at the California Policy Lab.

• Releases prior to arraignment will increase. The share of cases eligible for release prior to arraignment in San Francisco would increase from 44% to 59% under the law and in Sonoma County from 63% to 66%. The increase in releases in both counties will be concentrated among individuals assessed as low-to-medium risk of new criminal activity or failing to appear in court, while a larger share of defendants assessed as high-risk will be detained until arraignment.

• Average pre-arraignment time in custody will not increase. The average time individuals spend in custody prior to arraignment is estimated to decrease in Sonoma County by 11 hours and remain constant in San Francisco.