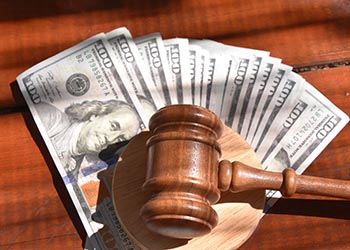 Berkeley, CA, November 17, 2021 — A new policy brief released today by the nonpartisan California Policy Lab (CPL) finds that Alameda County’s decision to stop charging fees to youth who are on probation dramatically reduced the likelihood and amount of financial sanctions being levied against their families. Amid a growing trend of repealing fees charged in the criminal justice system, this new research quantifies the financial impacts on families and shows the county did not shift to using other sanctions (like fines) to make up for the lost fee revenue.

The researchers compared the financial outcomes for 1,656 youth who were on probation before the fee repeal (the pre-repeal cohort) to 745 similarly situated youth who were placed on probation after the fee repeal (post-repeal cohort). While fees were no longer imposed after the repeal took effect in 2016, the researchers found that the probability of any monetary sanctions being imposed (including fees, fines, or restitution) dropped from 76% in the pre-repeal cohort to 54% in the post-repeal cohort, a decline of 22 percentage-points. After the fee repeal, the authors estimated that the amount of monetary sanctions charged per family dropped by 70%, a difference of $1,583.

“There’s been growing concern that levying financial sanctions on youth and their families can have harmful effects,” explains Jaclyn Chambers, a co-author of the research and a PhD candidate at the UC Berkeley School of Social Welfare. “Our research quantifies the financial impacts Alameda County’s policy change had for families and should be helpful for policymakers in other jurisdictions who are also working to reform their juvenile justice systems.”

“Alameda County was the first county in California, and one of the first counties in the nation to stop charging these juvenile administrative fees,” explains Professor Jennifer Skeem, a co-author of the research who directs the Risk Resilience lab at UC Berkeley. “Families were facing an estimated $2,256 in overall sanctions before the fee repeal, compared to $673 after it took effect. That’s a big difference for individual families—and it was achieved by eliminating only one type of sanction.”

The researchers found there was not an increase in levying other sanctions, like fines, in an attempt to make up for the lost fee revenue. The likelihood of fines being imposed was 8 percentage-points lower in the post-repeal cohort as compared to the pre-repeal cohort (decreasing to 51% from 59%). And when fines were imposed, the total amount of fines was estimated to be $18 lower for the post-repeal cohort.

“While these administrative fees were levied against youth who were on probation, we know that it was usually the parents and families who were already economically challenged who were bearing the financial burden,” explains Wendy Still, who was the Chief Probation Officer for Alameda County from 2016 through April 2021. “It’s gratifying to see that the fee repeal significantly reduced the financial burdens on families and I’m hopeful that jurisdictions in other states will move forward on reforming their systems as well.”

Previous research has found that families are often unable to pay the administrative fees they are charged and that this dynamic is often magnified for families of color. In Alameda County, research also found the fees netted little or no additional revenue for the county after accounting for collection costs.

Additional Background
The researchers partnered with the Alameda County Probation Department to conduct the study, and the policy brief is based on an in-depth working paper that can be downloaded here. The researchers followed the two cohorts over an 18-month period that started once the youth were placed on probation supervision. They compared the cohorts’ outcomes using targeted maximum likelihood estimation (TMLE), a causal-inference approach that attempts to approximate an experiment by creating comparison groups that are similar in their observed characteristics.
Alameda County placed an immediate moratorium on fees for youth in the juvenile justice system in March 2016, and the permanent fee repeal was enacted in July 2016. California became the first state to repeal such fees in 2018.