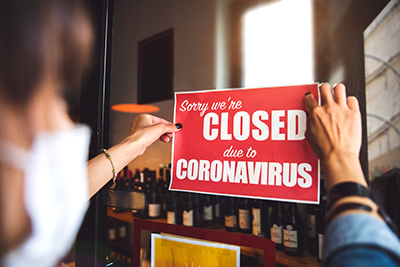 WORKING PAPER: Measuring the labor market at the onset of the COVID-19 crisis

The United States’ labor market information systems were not equipped to track the rapid changes to the U.S. labor market brought on by the COVID-19 pandemic. This working paper attempts to provide a more timely analysis by using data from traditional government surveys as well as non-traditional sources, including Homebase, Kronos, and SafeGraph. It measures the collapse and partial recovery of the U.S. labor market from March to early July and provides preliminary evidence on the effect of the policy response.

For hourly workers at both small and large businesses, nearly all of the decline in employment occurred between March 14, 2020 and March 28, 2020. It was driven by low-wage services, particularly the retail and leisure and hospitality sectors. A large share of the job losses in small businesses reflected firms that closed entirely, though many subsequently reopened. Firms that were already unhealthy were more likely to close and less likely to reopen, and disadvantaged workers were more likely to be laid off and less likely to return. Most laid off workers expected to be recalled, and this was predictive of rehiring. Shelter-in-place orders drove only a small share of job losses. Last, states that received more small business loans from the Paycheck Protection Program and states with more generous unemployment insurance benefits had milder declines and faster recoveries. The authors found no evidence that high UI replacement rates drove job losses or slowed rehiring.

Note: This working paper was based on a collaborative research project to equip policymakers with more timely snapshots of how workers at small and medium-sized businesses throughout the country were impacted by COVID-19. While most labor data sources lag by at least a few weeks, data from Homebase, a scheduling and time clock software company, is updated on a daily basis, allowing researchers to provide rapid response analysis. The researchers are from the Rustandy Center for Social Sector Innovation at the University of Chicago’s Booth School of Business and the University of Chicago Poverty Lab at the Harris School of Public Policy, as well as the Institute for Research on Labor and Employment and the California Policy Lab at the University of California, Berkeley.