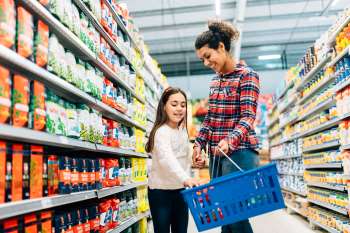 The American Rescue Plan Act (ARPA), enacted in March 2021, significantly expanded the Child Tax Credit (CTC), increasing the value of the credit and expanding who was eligible for it. This report uses state tax and safety-net enrollment data from tax year (TY) 2019 to show the impact the ARPA CTC had on children enrolled in safety-net programs in California.

We find the number of children eligible for the CTC in the safety-net caseload rose 67% under the ARPA. Put differently: we estimate that one quarter of all children enrolled in the Supplemental Nutrition Assistance Program (SNAP) or Temporary Assistance for Needy Families (TANF) in California (about 630,000 children) became newly eligible for the CTC under the ARPA. As a result, children enrolled in safety-net programs in California became eligible for $3.6 billion in credit payments through the ARPA, over and above the credit payments they were eligible for under 2020 — and current — law.

Overall, we find that 76% of eligible California children (about 1.2 million) who were enrolled in SNAP or TANF have likely received the 2021 credit, totaling $3.8 billion in credits. The ARPA CTC had wide reach into California’s most vulnerable communities, including those in California’s poorest regions and across all racial and ethnic groups. Among all families who receive safety-net benefits and who had annual wage earnings of more than $5,000 in 2019, we estimate that, in aggregate, they received 90-95% of the total ARPA CTC payments allocated for them.

To ensure equitable distribution of the CTC, future efforts should focus on increasing access for children residing in households with little to no income, Spanish-speaking households, children living in rural communities, and children living in mixed-status immigration households. However, across demographic groups, the biggest hurdle to comprehensive CTC access remains low tax-filing rates among households at the lowest earnings levels. We estimate that the low tax filing rate among families with earnings less than $10,000 annually leaves $790 million in unclaimed ARPA CTC. That amount represents 85% of the estimated $928 million in ARPA Child Tax Credits left unclaimed by California families enrolled in SNAP or TANF.